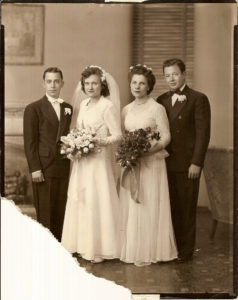 My sisters and I (and my mother) didn’t throw a bridal shower for my sister-in-law-to-be because her mother was supposed to be planning one. It’s a small wedding, we told ourselves, we really couldn’t justify two showers. But we wanted to throw our own. We really really wanted to throw our own with all the bells and whistles we knew we could add to it. We were good and stepped aside and let her mother take care of it.

Instead, we planned a co-ed “boys and girls night out.” Since he doesn’t have a best man and she doesn’t have bridesmaids or a maid of honor, we figured we’d do a nice dinner and dancing get-together. That’s where we poured our planning expertise.

But the wedding got closer and we didn’t hear about a wedding shower. Not a peep. Not a word. And, since we’re not close with her family, we tried to get info on it without putting her in the middle. (We’ve tried to bond with them, even hosting several mixed-family events; they’ve been a failure.)

One day my mother told me, in hushed tones, that my brother confided to her that his mother-in-law-to-be wasn’t going to throw her oldest child and only daughter a shower for her first (and hopefully last) wedding. We were all suitably appalled and contrite. If we’d know, we said over and over, we would have done it ourselves. This is what happens when you try to be nice and let others plan things instead of taking over.

And so, with the wedding a mere two weeks away, we adjusted.

But… she did have a shower. It was a dinner. It was only for her side of the family.

They didn’t call it a shower. They didn’t have it at a hall, or with games or any of that traditional stuff. But it was a shower. And we were excluded.

My brother refuses to talk about it. We’ve all agreed not to approach my sister-in-law-to-be about this at this time. My mother, my sisters and I have all decided that we’re tabling this entire issue until the wedding is behind us. Then… may whatever god they pray to help them all. 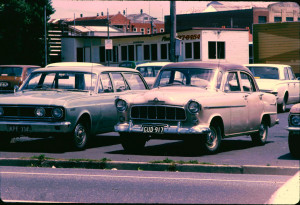 After quite a few false starts, I think I am finally ready to buy a new car. Well, not “new” but new to me.

I’ve known for a while that I need to retire the clunker I’m driving. I just haven’t wanted to make the decision. (That’s true of a lot of things lately, I just don’t want to deal with them, so I don’t.)

My poor brother tried to get me to speed up this process. He looks for some good used cars and took me looking (and test-driving) a few times. He didn’t get that unless I am ready, nothing was going to happen.

That was weeks ago and he’s finally descended into a look of disgust every time I tell him “I’ll get right on it” in response to any query about the financing or selection of a new car.

I know it’s happening now because I actually got the financing through the bank and have a preapproved used car loan with which to shop.

The list of participating restaurants for Houston Restaurant Weeks should be announced today. The event will be held August 1 through September 2, 2013. This benefits the Houston Food Bank.

The Bloggess always amazes me in her ability to share what’s really going on in her life. I’m not sure I could do that.