Amazing how energized I feel after a few good meals with friends and colleagues.
A dinner where I made plans for the future.
A lunch where my brain was picked for the phenomenal content I keep in it.

I feel much better.

It helps that no one yelled at me today.

God is laughing at me, again…

Yesterday I was so happy.
Today I had to undo everything.

I know that God is laughing at me, again.

From the first date, the first day they met he was different with her than with all the ones that came before.

She would find out later that it was unusual behavior for him to go pick up his date, to bring her presents, to surprise her, to woo her. To her, this was just the way all of her boyfriends behaved. To him this was just different.

“How do you get him to do that?” her friend would ask when he did the wooing things. And my sister would look at her, baffled, not understanding the question. To her it was simple, this was the standard of behavior she expected. Anything less would have meant there wasn’t a second date, or a third.

She hadn’t realized how seriously their relationship was to him because he wasn’t the effusive type. He was quiet and self-contained. And she never had a clue.

They’d been going out for less than six months when he proposed the first time. She wasn’t ready and asked him to take the question back. Five months later she was ready for the question and answered “yes.” It wasn’t until then that she realized that this was serious to her too. 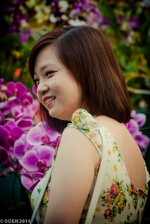 He was the first boy she introduced to her parents. The first guy who was allowed into her room. The first one to really get her.

They went to different high schools, but were both entering junior year when they met while working at the same summer job. It was his goofy sense of humor, she will tell you, that she first noticed. He made her laugh. It was, however, his exceptional manners that won over her parents.

Everyone thought that they would break up while in college, that the distance would be the end of them. But it wasn’t. They survived and thrived during four years in neighboring cities (they weren’t really that far apart) and the years of medical school.

Somewhere between medical school and their residency they had the big wedding. Her family and his family, her friends and his, they were all there.

Shortly after she decided not to become a doctor and transferred to a research track. Regular hours. Lower stress. More time for the husband.

Almost every member of her family was dismayed. They were all convinced he was at fault somehow. That she wasn’t able to pursue his dream and it was due to him.

Despite their disapproval, she’s very happy with her career and her life. And she lived happily ever after… one day at a time. 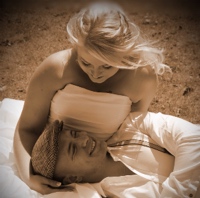